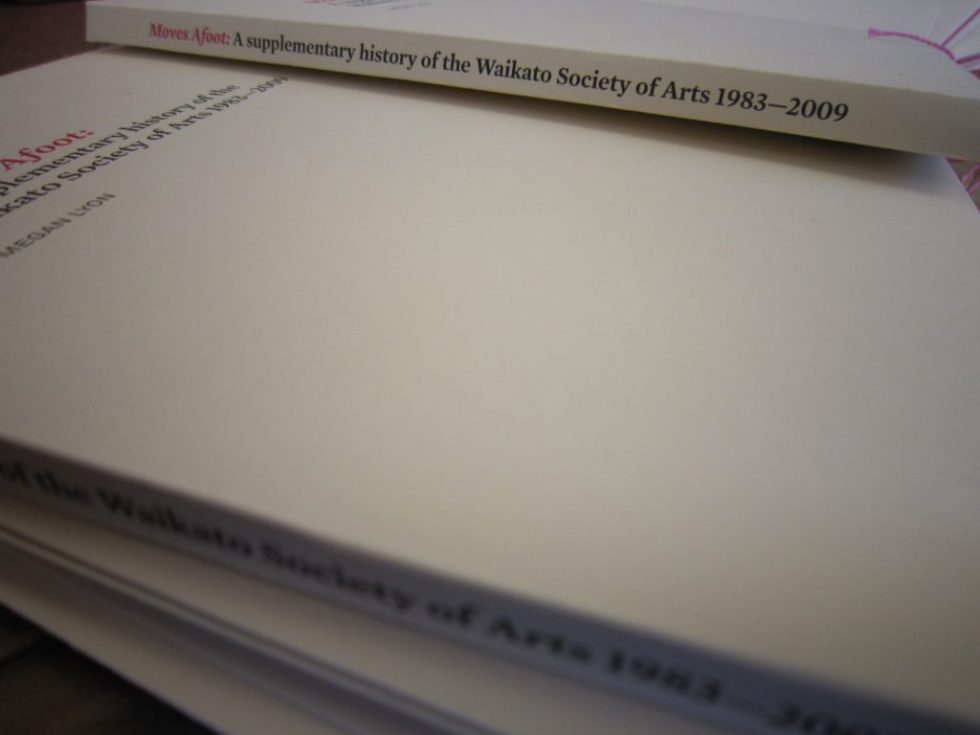 Moves Afoot: Supplementary History of the Waikato Society of Arts 1983-2008, written by Megan Lyon and supervised by Ann McEwan

Moves Afoot: Supplementary History of the Waikato Society of Arts 1983-2008 was launched at the 75th Celebration Dinner.  Moves Afoot is a hand made artist’s book designed by Alan Ware and Meliors Simms. For a description of the making of the book go to Meliors’s blog for August 26 2009. We are grateful to the sponsors and all members who made their archives available to Megan. Rob Gardiner of Chartwell Trust sponsored the publishing of the book as an artist book and the writing of the history was sponsored by Trust Waikato. The book retails for $45 and for members is costs $30.

“Making 100 books by hand. Three people spent two days in a garage in Hamilton, New Zealand cutting, folding and sewing an edition of 100 books. The book is called Moves Afoot, by Megan Lyon; published by the Waikato Society of Arts (2009); designed by Alan Deare, with Meliors Simms. Meliors, Alan and Katie Pervan were the book binders. Meliors and Alan took the still photos for this film which was produced and edited by Meliors.”