History of the WSA

The Society’s first exhibition in the Winter Show Buildings in Ward Street, 19-23 November 1934.

“In order to address this serious lack of cultural development…”

On August 14, 1934 at the Toorak Hall in Victoria Street, Hamilton a significant meeting took place. The meeting was convened by a Miss Ida Carey and a Mrs Adeline Younghusband. It was to be the first meeting of the Waikato Society of Arts a society which would continue to grow over the next 70 years.

Both women spoke of the need to develop and encourage artistic talent in the Waikato region. They wanted regular exhibitions held in Hamilton for both artists and arts audiences. The Waikato Times had identified “a serious lack of cultural development” in the town of Hamilton and the Society’s founders hoped to develop a more sympathetic environment for art and artists.

The Waikato Times welcomed the formation of the Society – the rapid growth of the town of Hamilton had meant that culturally it had lagged seriously behind other towns of comparable size. An Art Society, the Times said conferred benefits not limited to its membership. It applauded the Society’s long term goal to provide an Art Gallery for Hamilton and noted that while a project of that size would require a civic campaign the onus was on the Society to convince the town of Hamilton for the need of one.

The Society’s history shows that this responsibility was taken rather further than expected. 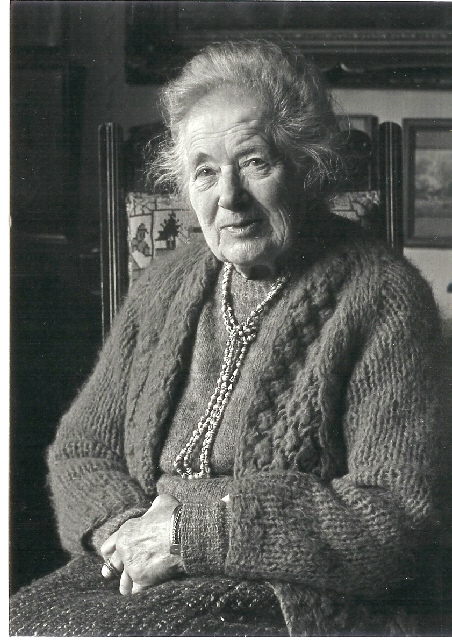 “Keeping beauty alive in the midst of horror”

Over the war years the society continued to grow and then decline and then to grow again. It struggled for a place to call its own. During the war years people tended to be more preoccupied with things other than art. A plea was made by James Treloar to the society’s members to “remember that art was even more important, not only to soothe troubled minds but to keep beauty alive in the midst of horror”. The society occupied a range of locations until 1947 including Hamilton High School, Adeline Younghusband’s studio in Ward Street, Ida Carey’s studio in Victoria Street , the Wesley Chambers and the Winter Show Buildings. In 1947 the society moved to Grantham Street where they would remain until 1970.

“Creating a cell of good living”

With this move came a new role – the administration of the Hamilton City Art Gallery – a task it was to fulfil until 1970. The twenty three years from 1947 until 1970 were to tax the Society’s financial and human resources, yet they were withal lively and productive times, in which the Society influenced the arts in Hamilton perhaps far more than it may otherwise have done.

The Society became a centre for a range of cultural activities in the years they administrated the gallery – The Photographic, Philatelic, World Federalist, Film and Horticultural Societies, the Diocesan Old Girls, Family Planning and Historical Association, various meetings and university examinations all used or took place in the space.

Problems were encountered as to how to select members work for exhibitions. The Mr and Mrs Paul of Paul’s Bookshop offered some of the severest criticism of the selection policy. An exhibition programme also had to be discussed and decided upon. A range of touring and local exhibitions took place over this time including a number of displays of British works, Architectural Displays, Engravings, Textiles and a “1000 years of Wool” display in conjunction with the New Zealand Wool Board.

The Gallery also came to house two pianos and thus became a place where music could be heard and concerts given. One president Haswell Paine articulated his aim for the Gallery – to become a “cell of good living”.

In the 1950’s some of the most important additions to the permanent collection were made and in the 60’s the school was begun in conjunction with the Technical Institute. Bus trips and an overseas excursion to Australian Galleries also took place. The printmakers became a much larger part of the WSA in the sixties as well and a print stand was introduced to cater for this group of members.

In the 1960’s exhibitions were varied and exciting. Many aroused comment in the newspaper and from the public – not all of it favourable. An exhibition containing Henry Moore’s models and drawings for sculpture was described as “hideous” and “un-interpretable”. The gallery received good coverage from regular radio broadcasts, the posters designed by Mr Robin Cuff, and coverage in the Waikato Breweries Monthly bulletin as a result of the Brewery owner Mr H. H. Innes being the vice-president of the Society.

Local artists Para Matchitt, Joan Fear, the Fairburns,Ted Bracey, Hadley Hodgkinson, Margot Phillips, Rob Gardiner, Campbell Smith, Ray Starr and Ida Carey all held impressive exhibitions in the 1960’s. The debate about modern art continued to fuel discussion amongst the Society’s members. Ted Bracey’s selection of a painting of an electric jug with a real switch and element as the winner of the Booth and Chapman Competition (theme Water – the Element) resulted in severe criticism from the Waikato Times.

The End of an Era and a New Direction

“In return for services rendered”

Late in 1969 a full time director was appointed to the Gallery and the Society withdrew from the responsibility of running the gallery outright. In 1972 when Campbell Smith became director of the gallery the permanent collection maintained by the Society was gifted to the gallery. The Council gave to he WSA as its new home a house rent free on the corner of Anglesea Street and Cobham Drive “in return for services rendered for the past 23 years”. The focus returned to members exhibitions.

The Society turned its focus to the development of the school and the establishment of a number of public events and festivals. The “Left Bank Festival” was begun in 1975. The Society faced a significant drop in numbers as a result of its move which in effect reduced its level of exposure to the public.

The problem of space again became an issue in the 1980’s and Rob Gardiner, a trustee of the Chartwell Trust and former president of the Society offered the Society a lease of space for a peppercorn rental in the old Hamilton Hotel at the South End of Victoria Street. The space was officially opened in 1983.

In 1998 the Society moved to another Council owned building in Victoria Street. The old Post Office building was gutted re-lined, re-fitted and re-launched as ArtsPost comprising the Galleries, School, Arts Council, Printmakers and an Artsist in Residence programme. The Society introduced two awards in this time. The NZ Painting and Printmaking Award (held at the Hamilton Gardens) and the National Contemporary Art Award (held at the Museum).